Freedom sword is the study of the essence of swordsmanship. Swordsmanship provides a study in the basic principals of weapons and the wielding of objects. Freedom  sword is the method through which weapons skills are taught in the Freedom School. The basis of freedom sword is Japanese kenjitsu (samurai sword), Chinese jian (straight sword), and Thai dhab (double saber). Practice swords for beginners are provided by the Freedom School.

The sword is an essential weapon and an object containing many teachings. It is a symbol knighthood, honour, loyalty and the way of the warrior. The way of the sword is straight and true. It is sharp, clear and decisive when drawn; silent and inwardly focused when sheathed. 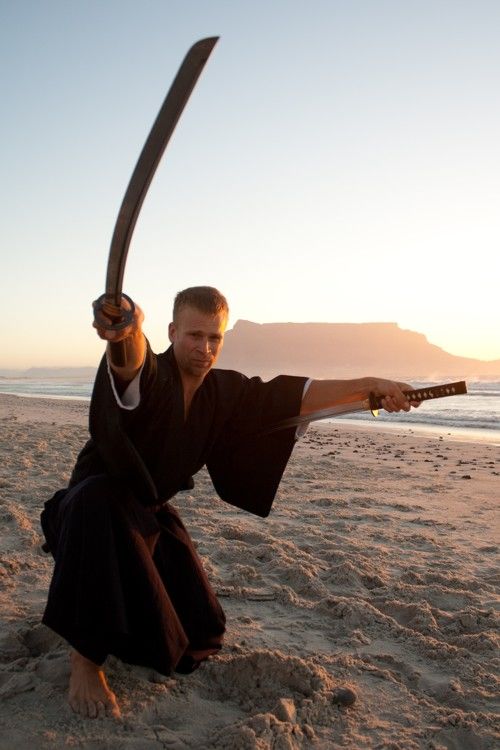 Kenjitsu is a Japanese martial art focussing on the use of the katana (samurai sword). Four disciplines associated with Japanese sword work are:
Kenjitsu kata: Paired attack and defense exercises using the boken (wooden sword) or fukuro shinai (padded bamboo sword).
Batojitsu: Cutting practise. A live blade is used to cut prepared targets made out of wood, bamboo, or grass mats.
Iaijitsu: The practise of drawing the sword, cutting instantly in any direction, and returning the sword to the scabbard. In the beginning stage of learning a boken is used and thereafter an iaito (blunt sword) and finally a live blade.
Free Sparring: For safety, protective clothing and boken or shinai are used.

Traditional schools of kenjitsu such as katori shinto ryu and kashima shinto ryu date back far into the warring states period of japanese history. Samurai (literal meaning "live to serve") were the ferocious and fanatically loyal knights of feudal Japan. They refined their skills in swordsmanship over a period of almost a thousand years of constant war. Skills were compiled into schools (ryu) and usually taught and kept secret within clans. A samurai depended on his sword skill to survive on the battle field, but also saw the pursuit of kenjitsu as a refinement of his character and a matter of honor. A samurai considered his sword to be an extension of his soul and his only true possession. The traditional katana was a weapon of which every part was a work of art, crafted by master artisans. Swords that remain today are considered to be objects of the highest level of art and certain swords dating back to the 12th century contain a level of metallurgy which is unparalleled even in our high tech age today. Swords were passed down through the ages, usually from father to son or within a clan. 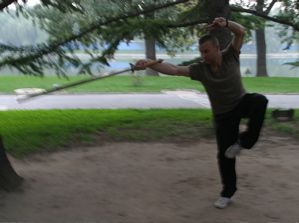 Jian is the double edged straight sword of ancient chinese warriors. The straight sword has different characteristics from the curved and single edged saber, for instance it is more suited for piercing and less suited for cutting. The handling is also more subtle. To understand the essence of sword one has to study both straight sword and saber. Freedom School Jian forms of Wudang origin (bagua jian and swimming dragon jian). 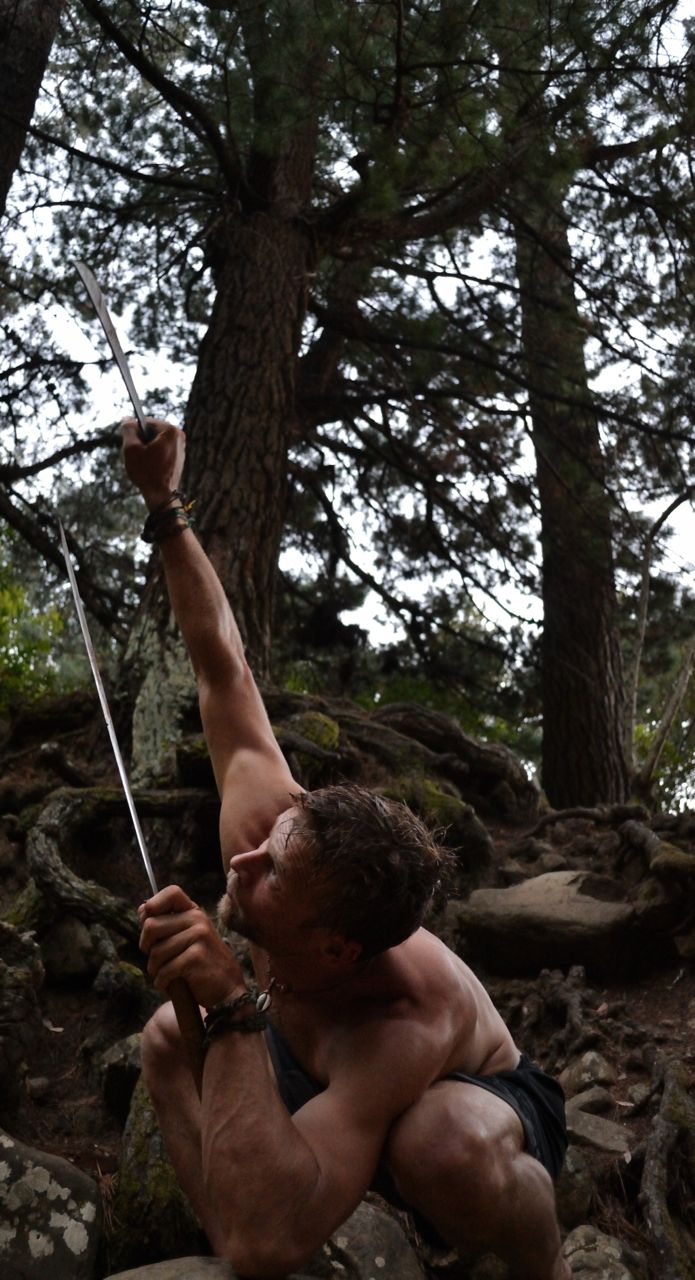 Thai Dhab (double sabers) are the weapons of the ancient Siamese warriors. Today in Thailand the sword arts are called Ram Dhab or Krabi Krabong. Ram Dhab is a a ceremonial sword dance performed at ceremonies and temples, involving complex and beautiful weaving motions which make up an infinite possibility of cuts and parries. Krabi Krabong is a sparring and fighting art using double wooden sabers for partner drills and free sparring.

Freedom dhab is taught through teaching various weaving patterns of Ram Dhab, which can be combined in any sequence to create spontaneous techniques. Krabi Krabong drills using wooden swords teach the striking, blocking and absorption of contact. Free sparring starts with contact sparring and progresses to flow sparring.