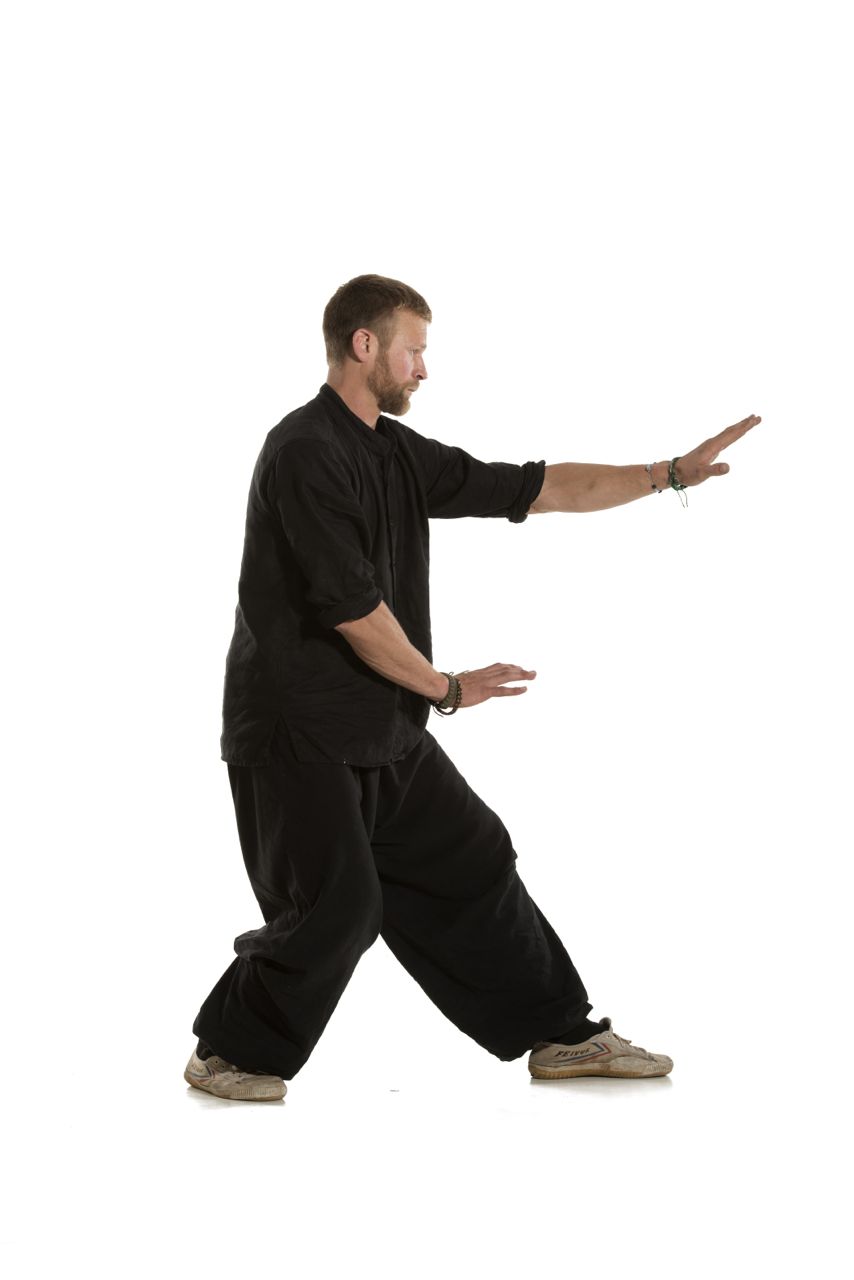 Xing Yi Quan (Hsing-I Chuan) is the oldest and the most explosive and aggressive of the neijia (internal martial arts). "Xing" refers to form or shape and "Yi" refers to the mind or intent. Quan means fist, but denotes a method of unarmed combat (boxing, or fist method). Xing Yi Quan is commonly referred to as Mind Form or Mind Intention boxing. The name illustrates that the form the body takes is an external manifestation of the internal state of mind. The mind visualizes a shape and the body takes that shape. The mind visualizes the opponent and the state of combat, and creates the shape that will give strategic advantage. The body then takes that shape.

Xing Yi was created by the Song Dynasty general, Yue Fei. The style's  movement is based on spear fighting, and its character is linear, piercing and thrusting. It uses coordinated movements to generate bursts of power intended to overwhelm the opponent, simultaneously attacking and defending. The body moves from complete stillness into rapid co-ordinated strikes and it is said that "when the fist arrives, the whole body arrives". The basic practice of xing yi quan consists of standing meditation and the linear repetition of five fist techniques called the five element fists. The five element fists are:

Metal, the chopping fist- thrusting downwards and splitting like an axe chopping wood.

Water, the drilling fist- thrusting forward and diagonally upward like a wave breaking on the rocks.

Wood, the crushing fist- shooting straight out like an arrow.

Fire, the pounding fist- exploding outward like a cannon ball and blocking simultaneously.

And earth, the crossing fist- thrusting diagonally across the line of attack while turning over the fists. The energy of Xing Yi is likened to that of a canon ball knocking down and running over a target.

The twelve Xing Yi animals are: The bear and eagle (often used in combination), the snake, tiger, dragon, rooster, horse, swallow, sparrowhawk, monkey, the turtle and the Tai (Phoenix). The animal forms follow the spirit and tactics of the various animals and do not copy the physical movements as predominantly as is the case in shaolin animal systems.

The system of five elements is used for describing interactions and relationships between phenomena. The five elements are metal, water, wood, fire and earth. The Wu Xing is a cyclic arrangement of the five elements. There are two cycles: a creative cycle and a destructive cycle. These cycles work on the same principal as the simple children’s hand game paper-rock-and-scissors, where paper covers rock, rock breaks scissors and scissors cut paper. 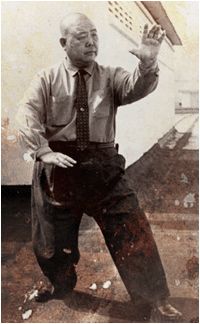 Xing Yi practitioners use the Five Elements as an interpretative framework for reacting and responding to attacks. The Five Element Fist theory is a general combat formula which assumes at least three outcomes of a fight; the constructive, the neutral, and the destructive. Xingyiquan students train to react to and execute specific techniques in such a way that a desirable cycle will form based on the constructive, neutral and destructive interactions of Five Element theory. Where to aim, where to hit and with what technique—and how those motions should work defensively—is determined by what point of which cycle they see themselves in.

Each of the elements has variant applications that allow it to be used to defend against all of the elements (including itself), so any set sequences are entirely arbitrary, though the destructive cycle is often taught to beginners as it is easier to visualise and consists of easier applications. The  Five Elements forms are usually taught before the Twelve Animals because they are easier and shorter to learn.

Although the exact origin of Xing Yi Quan is uncertain, the earliest written records of Xingyiquan can be traced to the 18th century.
Legend, however, credits the invention of Xingyiquan to the renowned Song Dynasty (960-1279 AD) general Yue Fei. According to the book Henan Orthodox Xing Yi Quan written by Pei Xirong the art was originally based on spear fighting techniques:

“...when Yue Fei was a child, he received special instructions from Zhou Tong. Extremely skilled in spearfighting, he used the spear to create fist techniques and established a skill called Yi Quan (intention Boxing). Meticulous and unfathomable, this technique far outstripped ancient ones."

The spear is primarily a linear thrusting and piercing weapon which  makes use of small angles and techniques of simultaneous advance, defence and attack. It is therefore very likely that spear technique was indeed the predecessor of Xing Yi Quan.

Yue Fei synthesised and perfected existing Shaolin principles into his own style of gongfu which he popularised during his military service. Yue Fei is usually identified as the creator of Xing Yi because of his considerable understanding of the art (as shown in the work The Ten Theses of Xingyiquan, credited to Yue) and his cultural status as a Chinese war hero.

After Yue Fei's death, the art was lost for half a millennium. Then, during the Ming and Qing Dynasties, Yue Fei's boxing manual was discovered by Ji Jike of neighbouring Shanxi Province. Ji Jike revived the art and it started to evolve into the Style as it is known today.