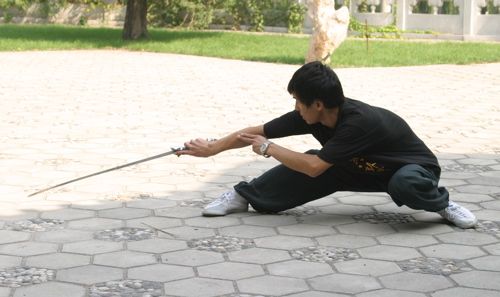 Baguazhang is considered to be the most circular and spiraling system of chinese martial arts (kungfu). Its defining characteristic is constant movement and change, and the ability to fight while being on the move. Where most martial arts engage with an opponent in a head-on fixed position, a bagua fighter can attack or defend while walking and changing direction constantly. The outstanding feature of baguazhang practice is circle walking. Bagua practitionerers will walk in circles during their practice and hold static postures while walking, and practice various martial techniques (palm changes) when changing direction on the circle. Baguazhang has developed into a very complex martial system including a full array of kicks, strikes, throws, grappling and the use of many weapons. 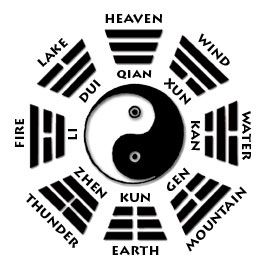 Baguazhang is the youngest of the three main Chinese internal martial arts (Neijia), the other two being Taiji Quan and Xing Yi Quan. It was created in the 19th century by Dong Haichuan who learned from daoist masters in the mountains of rural China. Dong Haichuan combined his martial arts knowledge with a form of Taoist meditative circle walking to create his new martial art. Baguazhang literally means the eight tri-gram palms, referring to the trigrams of the I-Ching (Book of Changes). 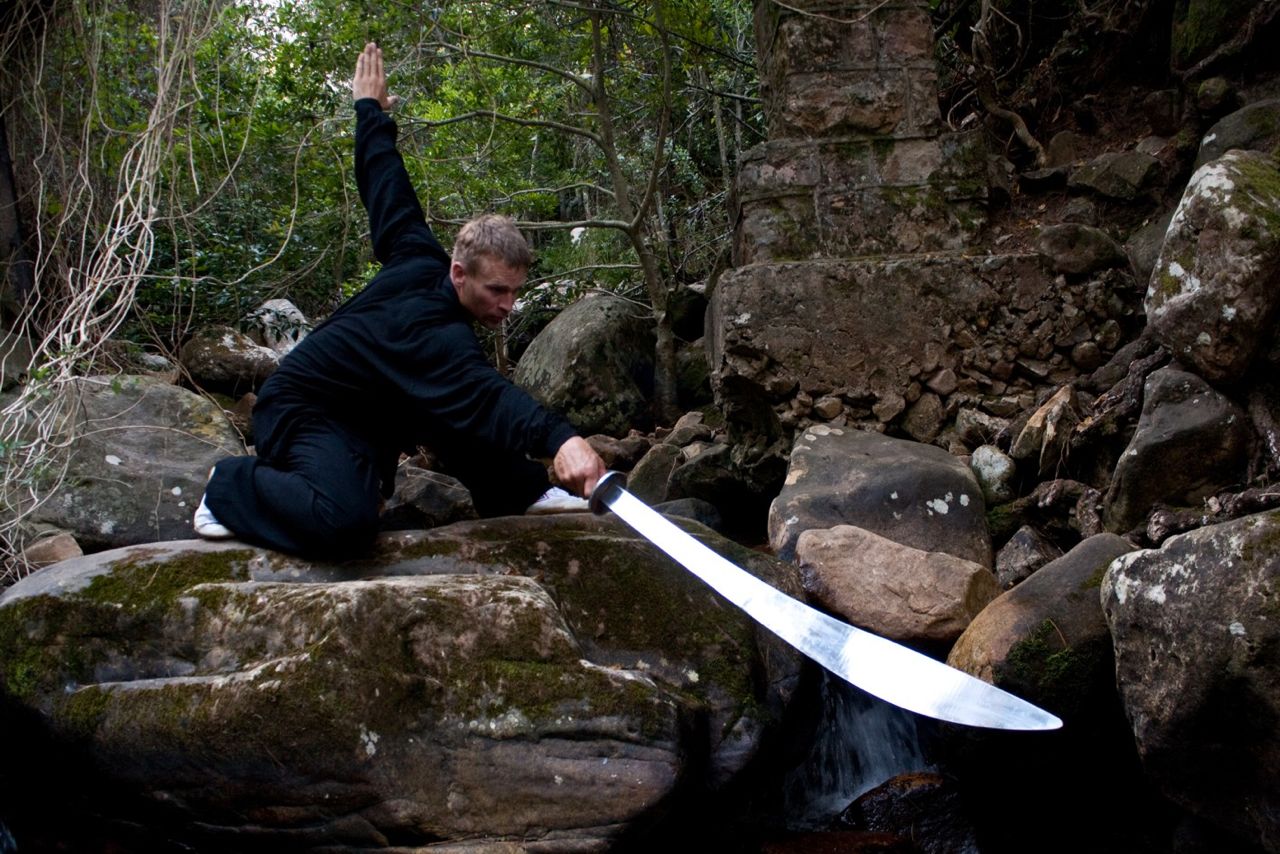 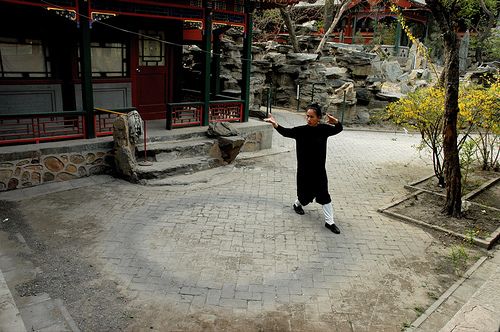 Common features of Baguazhang training are continuous motion, circular footwork, circular or spiralling body motion, complex internal mechanics and fa-jin (power release). The patient and persistent practice of baguazhang develops extreme core strength and supple and strong muscles and tendons. Baguazhang is an internal martial art (neijia) and an internal energy building method (neigung), where the emphasis is on the development of chi/qi. Circle walking while holding static postures is also an effective meditation method.

The fighting charateristic of Baguazhang is the use of clever guerrilla-style tactics. The Bagua fighter uses evasive footwork to escape the opponents strong power and when the time is right the Bagua fighter counters with sudden, ferocious attack, using any part of the body. Footwork and body placement are used to disrupt and unbalance the opponent, creating an opening for an attack. Most martial arts rely on a firmly rooted stance from which to launch an attack, but a Bagua fighter maintains his/her rooting while in motion and can launch an attack at any time, surprising the opponent. Bagua strategy emphasizes constant change in response to the spontaneous and "live" quality of combat. 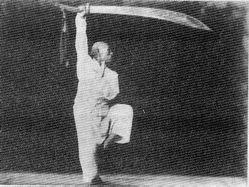 Many distinctive styles of weapons are contained within Baguazhang. Some can be concealed like the "scholar's pen" or the  unique crescent-shaped deer horn knives. Baguazhang is also known for practicing with extremely large weapons, such as the Baguadao or 'Bagua Broadsword'. Other more conventional weapons are also used like the staff, double-edged straight sword, and spear. Baguazhang practitioners are also known for being able to use anything as a weapon by using the principles of their art. 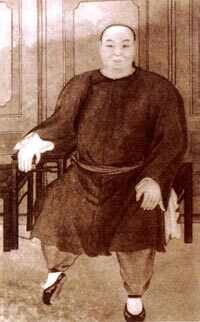 Dong Haichuan is widely credited as the founder of Baguazhang and most schools of Baguazhang place Dong Haichuan at the beginning of their lineage. He was born in 1797 in Zhu village, Ju Jia Wu Township, Wen An County, Hebei Province, China and died on the 25th of October 1882 in Beijing.

Dong Haichuan was very private about his past and never told his students his exact history. As a child and young man he trained the martial arts of his village intensely. The arts were probably Shaolin-based. He was poor and often got into trouble, but throughout his youth he practised the martial arts diligently. At some point in his life he received extensive training from a Taoist monk (or monks) who taught him circle walking techniques. According to legend Dong Haichuan spent so much time walking around a tree that eventually the trees roots were exposed. 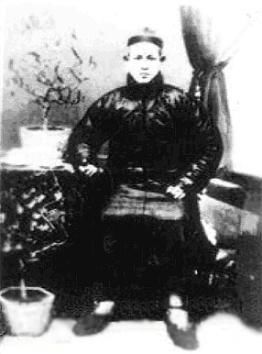 Around 1864 Dong arrived in Beijing and he got a service job at the residence of the prince Su. He worked as a servant and waiter in the prince's household. Fearing prosecution for transgressions of his earlier days, he kept his fighting skills a secret from the public. During a crowded banquet, however, he caught people's attention by lightly maneuvering through the banquet-hall packed with guests, and even climbing walls, serving drink and food. The prince recognized that Dong Haichuan must be skilled in martial arts and asked him to perform for him and his guests. Not being able to refuse his master's wish, Dong Haichuan did as he was asked, impressing the crowd with his performance. The noble's personal bodyguard - a muslim by the name of Sha Hui-Tsu - saw his position threatened by Dong Haichuan and so he challenged him to a fight. Sha was soundly defeated. Prince Su later appointed Dong Haichuan as head of the bodyguards in the palace and as tax collector, basically the prince's hard man. 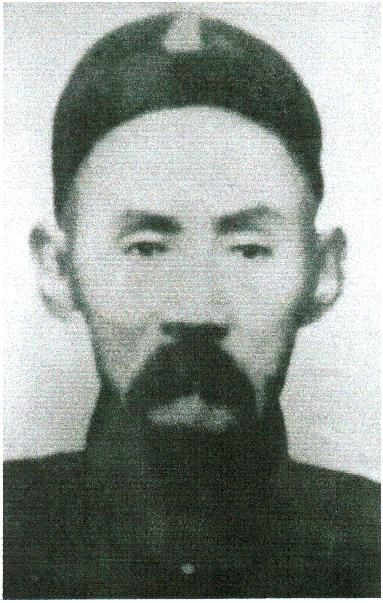 Dong and his top student Yin Fu went to Mongolia to collect taxes for ten years. Upon his return he left the princes household and he began to teach publicly, giving up all other occupations to devote himself to developing and teaching Baguazhang. He synthesized his previous experience with village martial arts, travelling fights, Daoist studies, and also the skills he learned as a waiter, to create a unique art originally called Zhuan Zhang (Turning Palms). It was in his public teaching period that the art was given the name Baguazhang (eight tri-gram palm).

In his later years he was poor and lived with Yin Fu's student Ma Gui. Ma owned a lumber yard and Dong lived on the premises. He died in 1882. Baguazhang had become a well-known fighting style in Beijing and northern China by the late-1800s and Dong Haichuan and his students became famous throughout China. Yin Fu became the bodyguard of the last empress dowager of china, a great honor for a martial artist.

Freedom School bagua is Cheng style, a strain of the Cheng Tinghua lineage as taught by students of master Liu Jingru, such as Liu Deming and Han Yanwu. Cheng style is considered to be a dragon style.

This is the foundation. Baguazhang is a high level martial art and students are expected to train by themselves very regularly. Self development in neijia is a personal process and students cannot expect to be spoon fed. What you put in is what you get out. As master Han Yanwu says: "Work very hard and you will achieve it!"